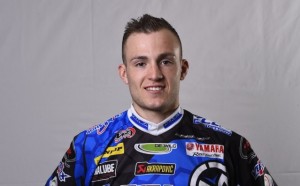 This highly rated French youngster makes his full-time Grand Prix bow in 2015 and was an early summer signing for Kemea Yamaha Racing who were keen to secure his services for a two-year period.

Paturel, discovered and schooled by former world champion Jacky Vimond, made his GP debut in 2012 at Uddevalla in Sweden and immediately grabbed attention by breaching the top ten in a moto and then continued his racing education on the French stage in both motocross and supercross.