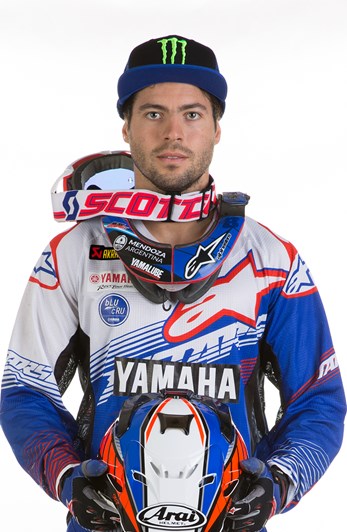 A professional rally rider born in Mendoza, the city where he learned to ride and where he still lives today. Franco Caimi isn’t only passionate about dirt bikes but also engages regularly in sports to keep fit and for fun. Caimi began his racing career as an Enduro rider, achieving 3 Argentinian Championships, 3 Chilean Championships, 2 Latin America Championships, and a staggering 6 Gold Medals in Enduro ISDE.

Following a very difficult 2015 with multiple injuries, at the beginning of 2016 Caimi decided to make a change in his career and threw himsel into Rally Raid. Less than two years later he is proud to say he is an Official Yamaha Rally Team rider and is working doggedly to reach his ultimate goal, winning the Dakar Rally.