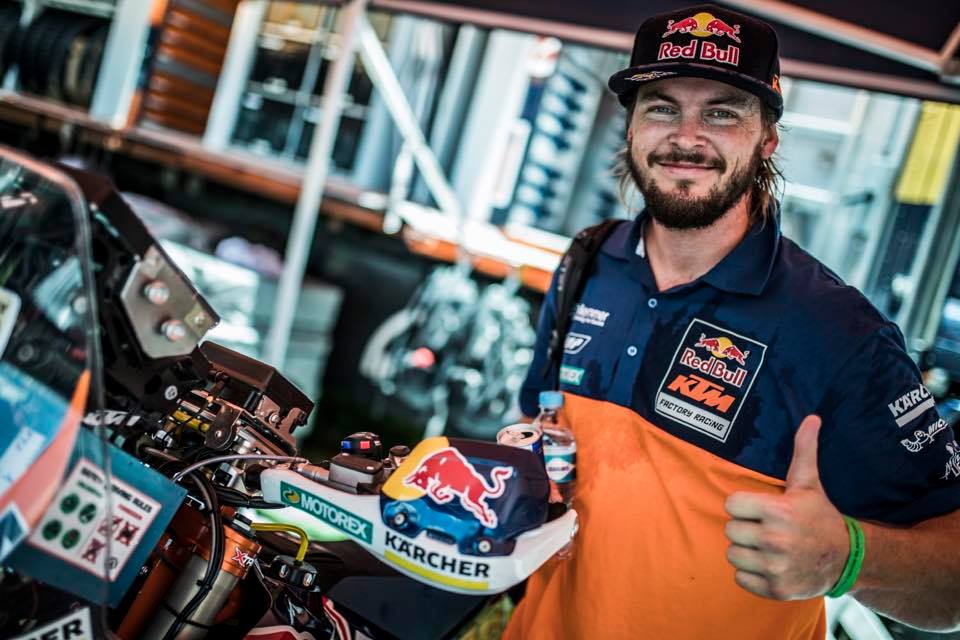 2015
In his debut attempt at the Dakar Rally, Price achieved a win in Stage 12, and finished in third place overall.
Price won his fifth Hattah Desert Race title in July, coinciding with signing to replace the retiring Marc Coma on the Factory KTM Red Bull Rally team in the World Rally Championship and Dakar Rally.
He then took out a record fifth AORC win, wrapping up the title with two rounds still remaining.

2016
In January, Price dominated the Dakar Rally, winning Stages 2,5,6,8 and 9, winning overall by about 40 minutes, and becoming the first Australian to ever win any class of the Dakar Rally, as well as the only person to ever win on the second attempt and the first non-European to win the Bikes category.
He followed this up in April by becoming the first Australian ever to win the Abu Dhabi Desert Challenge, putting him in the lead of the 2016 World Championship.
In October, Price returned to Europe, winning the OiLibya Rally in Morocco, and taking 3rd place overall in the 2016 World Championship.

2017
Price started his 2017 season with the Dakar once again, however he crashed out of the race while leading in Stage 4, having won Stage 2. He was later diagnosed with a broken left femur.
Eight weeks after breaking his femur, Price was back in the driver’s seat at the Adelaide Clipsal 500 in the Stadium Super Trucks. He came fourth in Race 1 and second in Race 2.
Price was unable to race in the bikes section of the 2017 Finke Desert Race on doctor’s orders, but was able to compete in the buggies. Starting from 7th on the grid in dusty conditions, Price was in 3rd place 80km from the finish when his car broke down with an engine sensor failure.